Today I am remembering some of the servicemen that were members of my family. I have sponsored USO care packages in all their names. For $25, the USO will send a package worth $75 to a deployed service member. Would you like to send one? Go here: USO GIFT PACKAGE

I am also thinking about our service members who are currently deployed. A moving news article that should give anyone insight and empathy into their situation is here: Battalion Among Hardest Hit In Afghanistan.

First, Second Lieutenant Donald Hoffman, Army. He's the tall man with the cowboy hat in the middle. He is my (step)Dad's father, and he died in 1944 during WWII helping to liberate Holland and was buried in Martgraten, the Netherlands. My Dad was only 6 weeks old when his father was killed. It was one of the coldest winters in memory, said to be like a Siberian winter. The town of Margraten has a wonderful tradition. ALL of the graves are adopted by locals, who stand in for the US families who are too far away to visit. They view the service members as heroes and honor them. This weekend I was able to find out who cares for Donald's grave...they even have the same last name but are no relation.

8,301 people are buried here. There are 40 sets of brothers lying side by side, and a set of twins. Four women, and six Medal of Honor recipients, among many others. A website about the cemetery says: "Most of them gave their lives in the airborne and ground operations to liberate eastern Holland, during advances into Germany over the Roer and across the Rhine and in air operations over these regions." 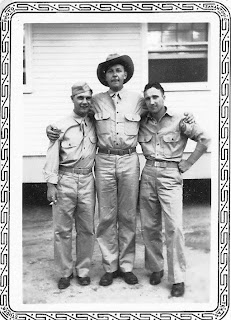 My maternal grandfather, Durward "Buddy" Cowart served in WWII in China with the Flying Tigers as a code breaker. One of the codes he worked on resulted in an entire ship of men being sunk. That bothered him greatly. He valued life. He was also dismayed by a visit to India where he encountered a society that shunned a group of people as "untouchables". 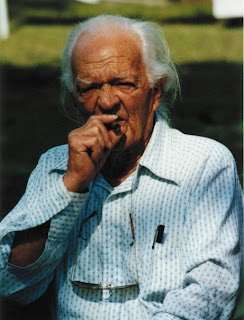 My (step)Dad's stepdad, James "J.D." Somers flew C-47s over The Hump. He was a Second Lieutenant in the Army Air Corps. The story of The Hump is very interesting. Click to read about it. They flew transport aircraft over the Himalayas when the land route was taken away. It was extremely dangerous and they had no reliable charts, no radio navigation aids, or weather info. 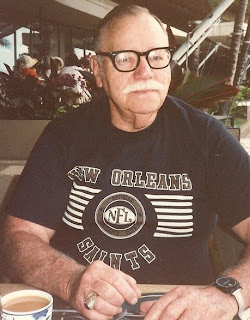 My father-in-law, Randy Harris, flew with a bomber crew. On one mission, the bomb did not deploy and was hung up in the bay. Randy crawled out into the open door bay, way above the earth, and kicked it out with his feet. From what I understand, it would have been beyond dangerous for them to have tried to land with it. 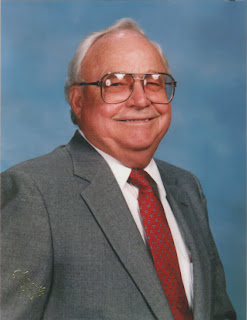