My grandmother, Virginia Hope Dickson, (a.k.a. "Dee") turned 90 yesterday! We had a nice visit. Mitch was there, too, but we didn't get a photo of him. 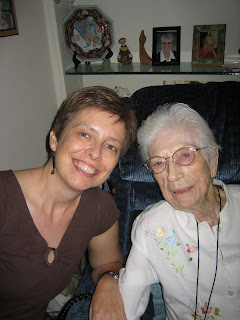 And with friend Ruth. 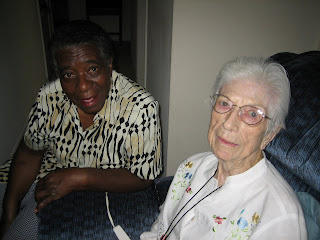 Yesterday we went to Athens' summer music festival, AthFest. It boasts two free outdoor music stages over the weekend, plus an enormous amount of music shows in the clubs into the wee hours. For $15, you can purchase a bracelet that allows you into ALL the club shows. ALL! It's a great deal. There's a kid's area too, with those inflated bouncy cages, one as big as a house that had inflated ramps for the kids to climb. And an amazing bungee swing set for the kids, I shoulda got a picture of that. It was mind boggling. Plus a crafts tent for the kids to make stuff.

We've never gone to the club shows at night, unfortunately. I like to see the vending and one afternoon in Athens, GA heat is enough to sap anyone.

We bought 2 art pieces from a FL artist, made of driftwood.

This one is marked by the artist on the back, as being a Mahi. And it does look like a Mahi...the fish photo after it of a real Mahi is from the Wikipedia Mahi entry. 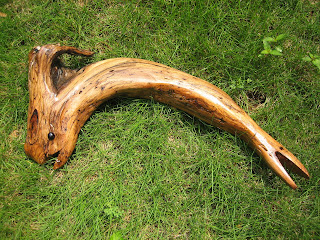 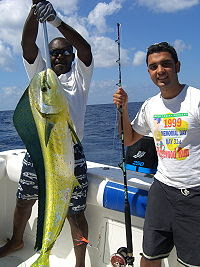 The second piece is about four feet in length. Beautiful dolphins. At the end is a photo of a dolphin from the Wikipedia dolphin entry. I think both Wikipedia photos highlight how inspired this guy's work is with the driftwood. 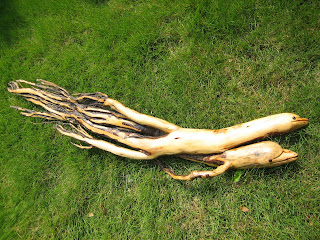 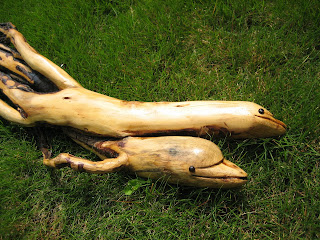 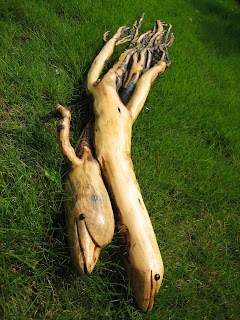 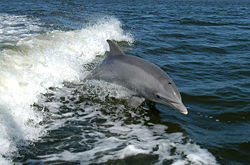 Saw Jimmy Buffett in concert. The most amazing part of it, for me, is what did NOT happen. It was striking how friendly everyone was. The show was sold out, everyone was packed in there like sardines. Entry and exit, everyone was so packed you had to shuffle. Yet, no one fought. No one was rude. No one pushed. Surely everyone had been drinking, but I did not see a single altercation. It was mind-blowing! It was truly like being at a huge party with your personal friends. I've never seen anything like it. My mom says the '70s were like that.

After the show, a guy parked next to us had a dead battery. Someone passing by on the street handed over their cables, told us where to leave them (his house was nearby) and drove off. We gave the guy a jump and returned the cables. Parking security came over and told us a secret shortcut to get out of the area faster than anyone else. It was just amazing friendliness. A nearby guy was offering beer as people waited for the crowd to thin out.

It was 100 degrees that day, so we didn't do the parking lot scene. Instead, we lounged in air conditioned comfort at Trader Vic's. 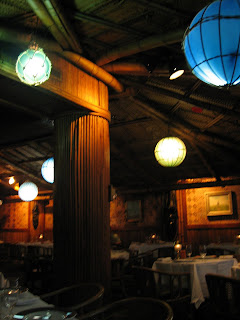 Here I am with the drink menu. 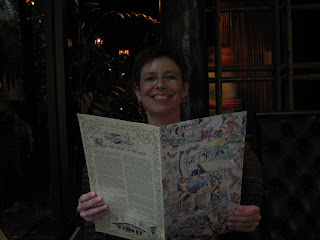 Here's Mitch. It had an outdoor feel, but it's glassed in. 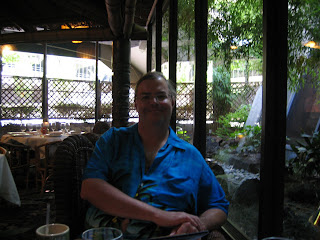 Mitch had a tasty curried shrimp dish. I didn't get a photo of mine because I had to send it back...the scallops came out wrapped in bacon and I don't eat pork. Lesson: "pancetta" means pork. 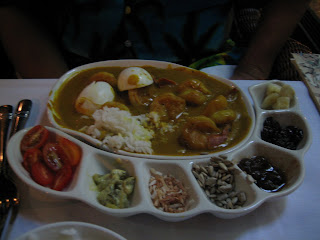 Here are all my Buffett friends...this is the scene behind where we were. 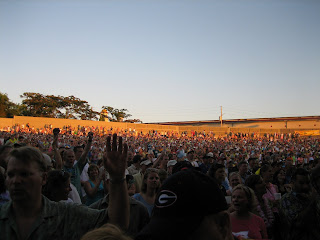 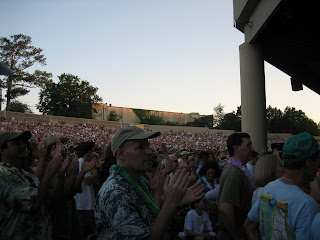 Mitch says this is his "land shark" smile. 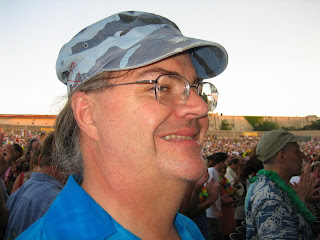 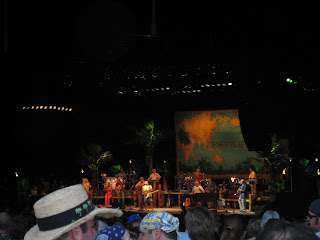 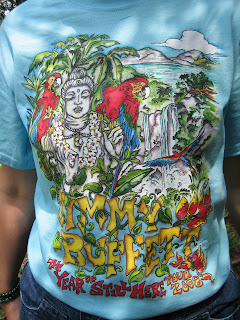 Ukelele player Jake Shimabukuro played a solo during Jimmy's break...he played Harrison's "While My Guitar Gently Weeps" accompanied by a steel drum player. It was a truly magic moment. The crowd was totally silent and in his spell. See him play it in the video below.

Our friends Beth Rene' and Hajro came to visit. Here we are in an Athens tapas restaurant. 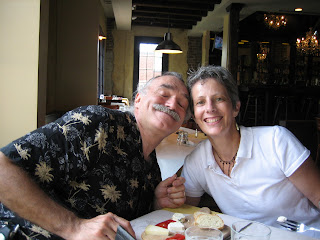 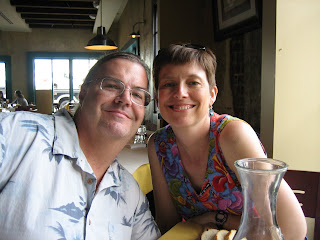 Posted by Celeste at 5:59 PM No comments:

Another great photo of my family while visiting Chicago. 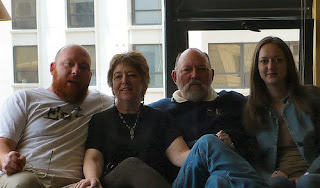